The group normally meets on the 2nd Friday of each month from 1.30 pm at Rumbletums, Kimberley.  It is a small group in which individual members take responsibility for organising events.  We normally have several trips planned so please ring for further details before joining.

In July the group visited one of England’s most idiosyncratic churches, that of All Saints at Dale Abbey and the nearby ruins of Dale Abbey.

The church is tiny and one half of it has been converted into a private dwelling so it now semi- detached.

It dates back to the 12th century and still has a fragment of a 17th century wall painting as well as a remarkable jumble of furniture/fittings dating over the centuries including a pulpit dating back to 1634.

After visiting the church we went to see the ruins of the 12th century Abbey, kindly being shown through a private garden by the landowner who also showed us the remains of the crypt.

Excellent hospitality was provided by the church wardens who laid on tea, cold drinks, cake and biscuits.

One of our many enjoyable trips. 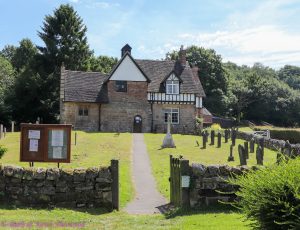 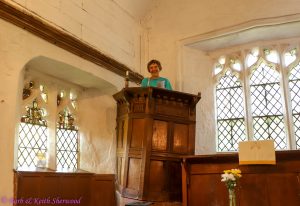 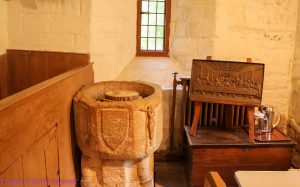 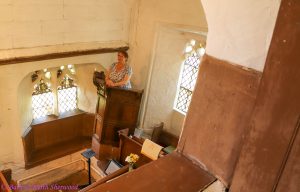 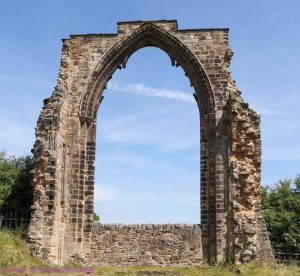 On Friday 12th November the Church History Group met at Rumbletums in Kimberley where George Walsh gave an extremely interesting talk on the first and only Englishman to become Pope.
Born in 1100 as Nicholas Breakspear he studied law in Aries, France. He had a varied career travelling next to Avignon to become a Canon Regular at the Abbey of Saint Ruf. During the next few years he travelled to Rome on several occasions where his talents where noticed by the Pope.  He became the Abbot of Saint Ruf, then in 1154 he was elected Pope and became Adrian 1V.  He died in 1159.
In December we will meet for a festive lunch together at Rumbletums, then resume our regular monthly meetings in January. An interesting and varied programme for 2022 has already been planned.