U3leles entertain for Christmas 2016
The Ukulele group began a series of  Christmas concerts at the U3A  December meeting. They played a number of Christmas Carols and songs at the beginning and end of the mornings entertainment. Even though we were low in numbers we were encouraged by the members joining in the singing. 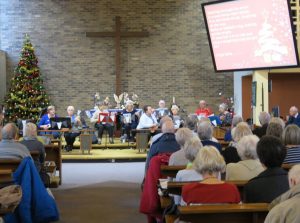 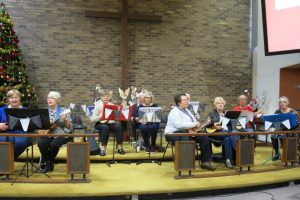 The Ukulele group has had a busy week before Christmas. They completed their first 2 public concerts. Mid week they performed at the Eastwood Breath-easy group Christmas party. Everyone readily joined in with the singing of a range of Christmas songs and carols, ending with a very energetic rendition of the Twelve Days of Christmas. The end of the week they performed for the Underwood gardeners club at their December meeting. The evening began with a demonstration to show how to make a Christmas table decoration. The gardening members joined in with a range of songs and carols we played afterwards. 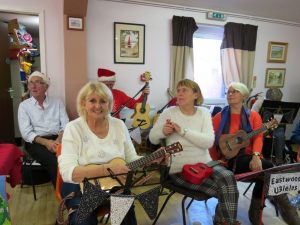 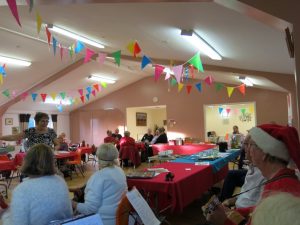 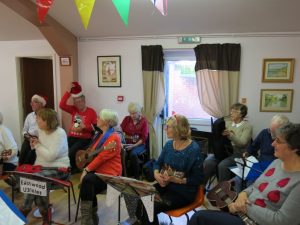 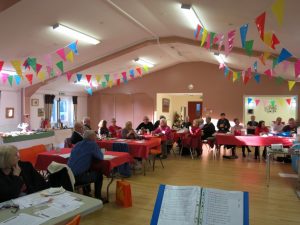 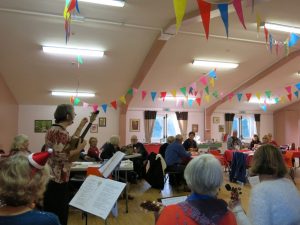 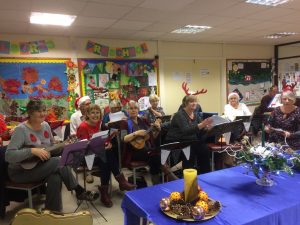 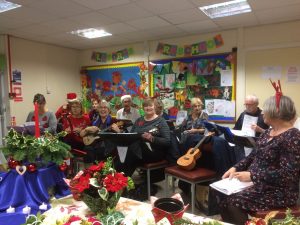 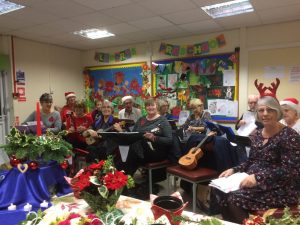